July 02, 2010
We took the kids to a local amusement park to have some fun and burn off some energy. My 3 year old is quite the ride junkie, but the little guy hadn't yet experienced the rush and excitement of the thrill ride.

I assured him he was going to have FUN, and he was with sister so everything was okay. Mama was going to be right here - outside this fence. Hmm. Brilliant. Strap the poor kid in so he is crying and freaking out and then just walk away and go behind a fence so you can't even hold his hand. Maybe this wasn't the most intelligent idea.

The ride operator asked me if he was going to be okay. I responded with I will let you know within the first 2 seconds if you need to stop this ride or not. And he pushed the big blue button.
Instantly the cries stopped. Before the cars even made a quarter turn around the big circle there was screeching and laughter coming from the same boy whom just a second ago was beside himself in tears. He grabbed onto that steering wheel and a Nascar racer was born. It was nothing but grins and giggles after that.
And then the ride stopped. And the crying began. And the fight to get him off that ride was even worse than the fight to get him on. Fear was conquered and a ride junkie was born.
family 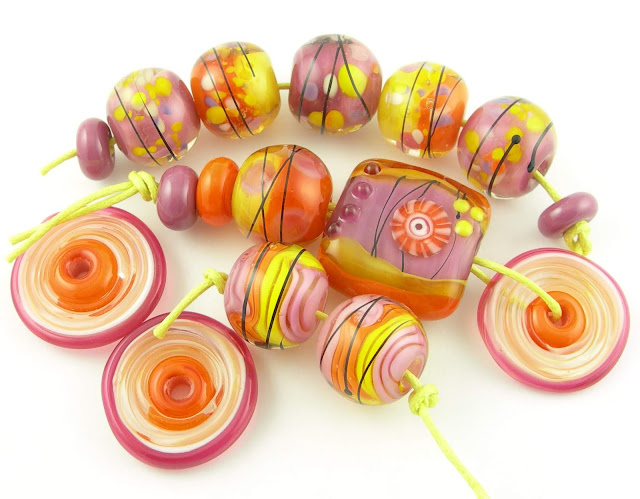 Pretty sure I just aged myself big time with that little number. Ah well. Sunshine DOES make me  happy - and inspired.

Something about sunrises and sunsets in March are just stunning. Oranges and yellows and pinks! The most brilliantly happy color combination ever put together, brought to you by none other than God himself.

I love looking to nature for amazing color inspiration. This collection of beads was born out of watching a Minnesota March sunrise reflecting off the white blanket of snow.

It is getting warmer and that means more studio time!

These beads will be listed on Facebook after they've been thoroughly inspected and posed for their individual photo shoots. Follow my page to never miss when I list new beads for sale. 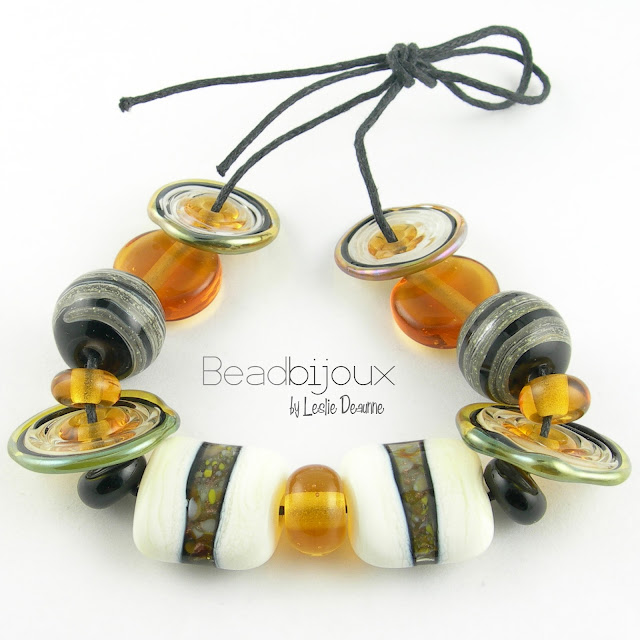 It's about darn time. After another long hiatus I have re-ignited the torch and melted some glass. All because of a very special customer of mine who has been patiently waiting for me to remake a set of beads.

Sometimes you need a kick in the pants to get moving.

Sometimes you need the encouraging words of a loyal customer who appreciates your art. Thanks B. You're the best.

These were really fun to make as they employ so many of my favorite techniques ... with just enough differences to make them unique and original and like none others that have gone before. 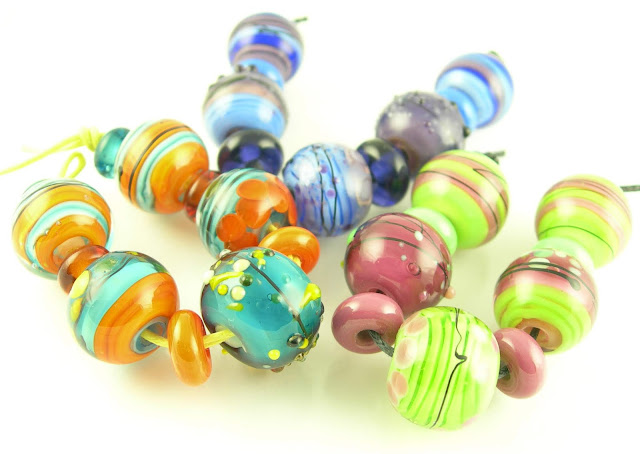 I've always been about the color. I think that is what drew me in to glass in the first place - the bright and beautiful colors.
My latest sessions at the torch have been trying different color layering combinations and working them in with different techniques. These little variety sets also work well with my need for constant variation.


Rounds seem to be my go-to shape lately as I find them to create the most visual depth of color. Still love me some sprees and nuggets, but the light definitely passes through the rounds in a way that gives the appearance of more depth.
All these little sets available soon on Facebook and Etsy.
Happy New Year!
Read more